As the ecommerce industry has continued to experience exponential growth, the term ‘headless’ seems to have become the new buzzword. With this in mind, it’s probably unsurprising that the creation of headless architecture - Custom Storefronts - was one of the main announcements during Shopify Unite 2021.

What did Shopify Unite 2021 announce?

Shopify also unveiled significant infrastructure investments in its APIs and developer tooling that the company said are meant to ensure that a merchant never has to replatform to build headless, or custom storefronts. This update was particularly significant as merchants will now be able to create non-Liquid custom storefronts on Shopify with existing developer frameworks and tech stacks.

Arguably the biggest advantage of adopting a headless approach is that it enables merchants to use powerful back-end platforms, like Shopify, while having the ability to keep the existing front-end website. Another benefit is the agility in release management. Changes can be made in a short amount of time, without disrupting the back-end functionality. 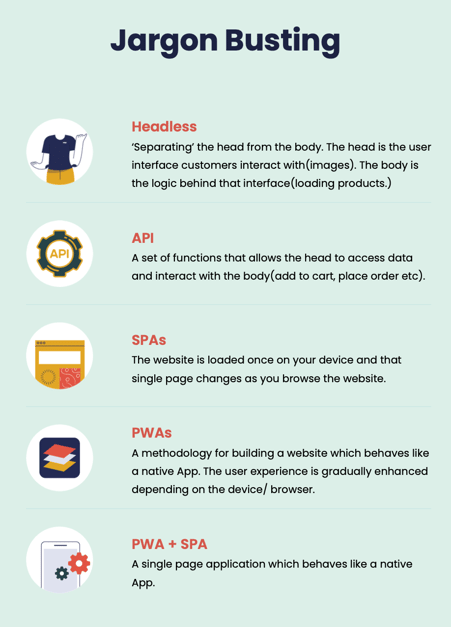 Is headless commerce right for you?

To help you learn more and understand if headless commerce is the right strategy for you, Klevu has created a highly insightful eBook, A Practical Guide To Headless Ecommerce Strategy that you can download here.

The eBook touches on topics including;